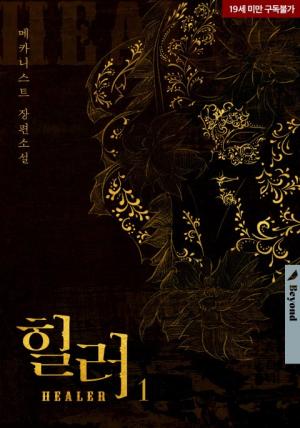 Healers, beings who create miracles with a voice that heals one. Their singing shows heaven, and their screams show hell.

Yaba (Sejin) and Cocaine (Chaewoo) were kidnapped as children and are forcibly castrated and become singers of the club ‘Paradiso’. There are other singers in ‘Paradiso’, but among them, Cocaine is the only real healer that can heal people with his songs.

Although Yaba hates Cocaine, he gets used to life as a Cocaine’s colleague. Meanwhile, he could not be indifferent to Cha Yiseok, the second son of the president of a large corporation, who is looking for Cocaine’s songs. He looks like he has everything yet has destitute eyes, so Yaba can’t take his eyes off him.

Perhaps he could perceive Yaba’s heart, one day Cha Yiseok proposes to Yaba to sing a song to his brother, who is battling cancer, while pretending to be a healer…