He Was Kind If I Stopped 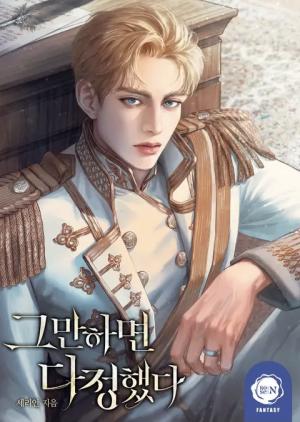 The first man she ever loved in her life was taken from her by her half-sister.

So she took her first lover’s older brother as her own.

Emperor Achilleon, the man who brought an entire continent to its knees knelt at her feet.

It was Hazel who made him beg for love.

“Tell me, what does my Empress want?”

She was able to get whatever she wanted.

Except for one thing: her first love.

On the night of the hunting festival, when she was beautifully decorated and invited.

The emperor offered her his most coveted prey.

“What do you think? Isn’t this much gentler?”

“I’m a husband who will let my wife have everything she desires.”

Caught up in her ‘sweet’ husband’s cruel plans for revenge, Hazel faced her last chance to undo everything, however…

The emperor’s blue eyes shone only on her.