He Likes Me a Lot More Than I Thought! 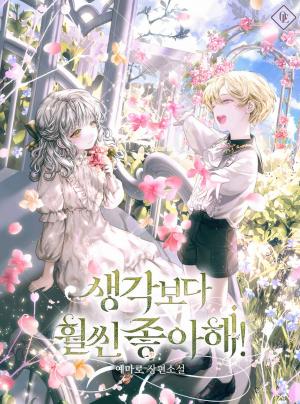 I was reincarnated in a child-rearing novel and met the male lead in his miserable childhood.

Although he might’ve eventually found his way to happiness without my help, I couldn’t shake off the image of that trembling young boy with cracked lips. I saved him and returned him to his parents, a young couple that ruled over a duchy, who had desperately been searching for him and were about to meet their early deaths.

But he liked me too much.

Although it was uncomfortable to have a young child stick to me like glue, I’d rather have him smile prettily than cry. No matter how much he liked me now, it wasn’t like he would even act like he knew me when he grew up.

Wait, hold up. Why do you still like me?

The young kid, who had already grown up into a fine man, proposed to me. I was shocked, of course. I was the daughter of a lowly viscount, and he was the heir to a dukedom. As much as his parents adored me, they wouldn’t accept me to that extent…

“Arwen, welcome. The treasury is over there, and here’s the key.”

“Goodness, I can’t believe you’re becoming my daughter-in-law, Arwen! Now this mister — ah, no, father-in-law — can die without any regrets!”