He Didn’t Want to Be the Center of Attention, Hence, after Defeating the Demon Lord, He Became Guild Master 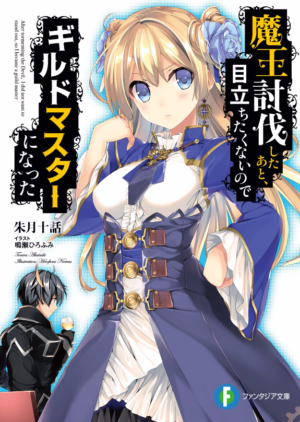 The Kingdom of Albein was blessed with the appearance of the Miracle children, individuals with the greatest talents ever seen. Despite being around ten years old, with abilities dozens of times stronger than the average adventurer, they managed to reach a strength score that exceeded 100.000 points, granting them the SSS adventurer grade. With a mere party of five people, they defeated the Demon Lord regaining the kingdom’s peace.

After that journey, Dick Silver, the most balanced between them, racked his brain to not draw the public attention.

In the end, he decided to become the Guild Master of a suburban guild as a reward, becoming its 12th successor.

After five years he reached his aim and then became a regular of its own guild’s cafe.

But one day, as he was drinking at the bar as always, the daughter of a certain aristocrat came to pay him a visit…