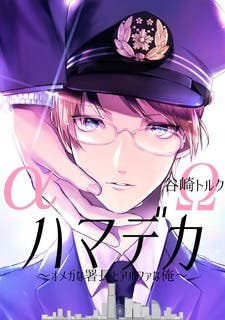 Komai Kento works at the Minatomirai-Rinkou Station Police Department, Kanagawa Prefecture. On a certain night, he rescued a male Omega who was being attacked. That man disappeared, leaving behind a single flower. A few days later, a career Omega police chief was posted to the Minatomirai-Rinkou Police Station. Not only was the station hit with this unprecedented HR move, but the new police chief happened to be the omega who he saved——!? Alpha Police Sergeant X Omega Career Police Chief creates a sensation, a Police Omegaverse.