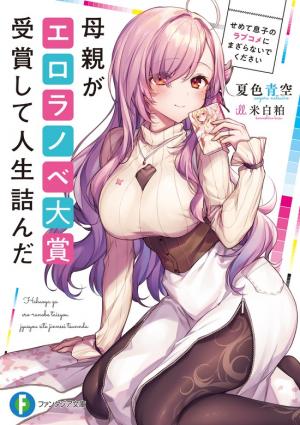 Life Is A Mess Since My Mom Won An Ero-Novel Grand Prize~ At Least Don’t Mess With Your Son’s Romantic Comedy!

My life is in hard mode because of my mother who loves me so much!

A mother-son incest Ero-Novel written by a mother, Mirei, was somehow able to win the grand prize, but for some reason, her son was the one who attended and received the reward?

To explain it further It’s a story about the MC’s life with a son-con mother who’s also an upcoming author for a sensual novel.