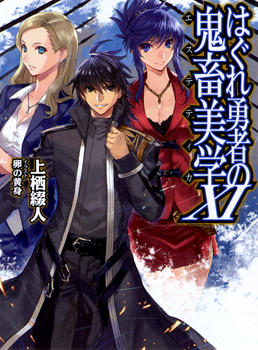 Summoned into an alternate world of Alayzard, Ousawa Akatsuki helps defeat the demon lord, brings harmony back into the world and, under the demon lord’s last request, takes the demon’s only daughter back into Akatsuki’s own world.

It turns out that being teleported into a different world is somewhat of a common occurrence back home. Those who return often come back with the power to use magic. So a worldwide organization, fearing people like Akatsuki, created Babel, a school to teach and keep tabs on the magic users.

Akatsuki is able to bring the demon lord’s only daughter into Babel as his sister, Ousawa Miu. A new chapter for Akatsuki is about to begin–this time, in his own universe! [vyc]