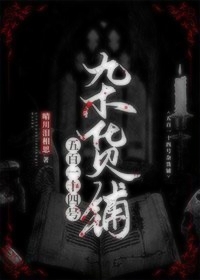 Ling Huaan possessed peculiar eyes. He couldn’t see the living, but he has the ability to see ghosts. He runs a small supermarket with his profit obviously earned from the living people. But in fact, his massive income actually comes from finding out the cause of death of the wronged souls and helping them enter the cycle of reincarnation.

There is a saying that has been circulating in the Underworld:

The grocery store’s door is open. Ghosts must not come in if they have no money!

Jiang Chengyan is the captain of the criminal investigation team of Yuncheng Municipal Bureau.

He is busy everyday, and often works overtime. His dinner would mostly be instant noodles he had bought from the supermarket near the gate.

But every time he went out shopping, he would always sense the gloomy atmosphere surrounding the market. But he’s a firm atheist, so it‘s reasonable for him to go. (Actually, I think the supermarket owner is quite a good-looking fellow and has good disposition.)

By an incidental chance, Ling Huaan suddenly received a huge order. If he could do it, he will no longer have to worry about food and clothing in his lifetime. But it’s quite difficult, thus, Ling Hua’an naturally approached Jiang Chengyan.

Afterwards, Jiang Chengyan who is a firm atheist, had his three views broken, and it was really sweet…