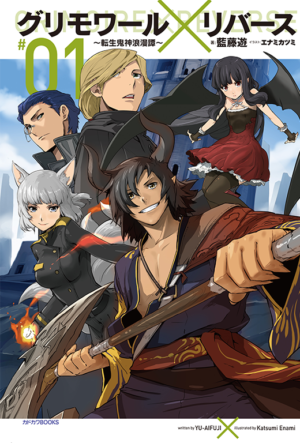 [It’s a familiar dungeon.] Inside a medium-boss room of an RPG game that he played again and again until he can get there with his eyes closed, waiting for a hero, a demon who exists only to be defeated, got his former life memory revived.

Knowing that, in his previous life, he was a nothing-special college student, he could not continue living as a to-be-defeated mid-boss.

He was determined to defeat the boss and escape the dungeon.

That which was obtained in the process was a doping item called “pearl piece” (JP: ”珠片”). He, the demon who was ordered by the goddess to collect the 15 pearl pieces that were scattered around the world, decided that while on this quest, he at least would enjoy travelling around his favourite RPG game world. His name would one day become the legend of the Demon God of Oeyama, and his tale the demon romance story.