Great Detective of Another World 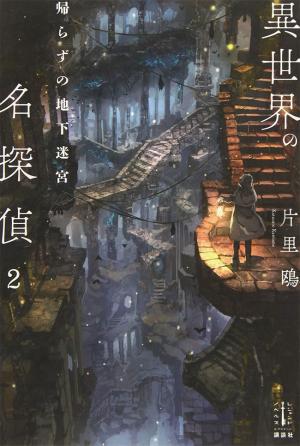 A man grew up reading detective stories and dreamed of becoming a great detective himself. So when he was an adult, he joined the police and eventually became a private detective. However, he discovered that real detective work mostly consisted of investigating cheating spouses and other mundane cases. Jaded with his life, he ended up getting stabbed to death in an alley.

However, with those memories, he reincarnates as a boy named ‘Van’ in a fantasy world of swords and magic, monsters and dungeons.

Van is a commoner, but possesses outstanding magical talent along with his knowledge and detective skills from the previous world. One day, he witnesses a strange murder, which is viewed as an ‘impossible’ mystery. Can Van use his knowledge of detective mysteries to solve the case?