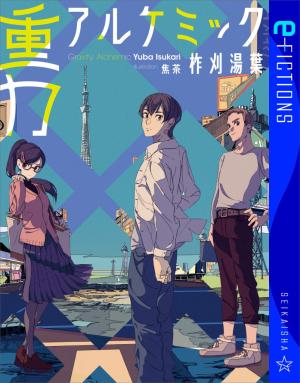 Will my “Airplane” be able to fly against the world’s ever-increasing gravity?

Because of the mining of “heavy elements” that govern gravity, the Earth’s expansion has become uncontrollable. The distance between Tokyo and Osaka ultimately topped 5,000 kilometers in 2013. Yukawa Wataru, who was born and raised in the city of Aizuwakamatsushi, was driven by his childhood yearning to travel far away from home and journeyed all the way to Tokyo to enroled in the Faculty of Science and Engineering at Otsuka University.

Yukawa has an unproductive existence in the murky realm of heavy elements engineering, but his university life is overturned when he comes upon a book in the used bookstore where he works part-time.

“The Theory of Airplane” – an aviation theory without heavy elements that was conceived but never materialized. The daring challenge of a typical college student has begun!

Will Yukawa’s “Airplane” be able to soar through the sky? And how far will Yukawa be able to go?