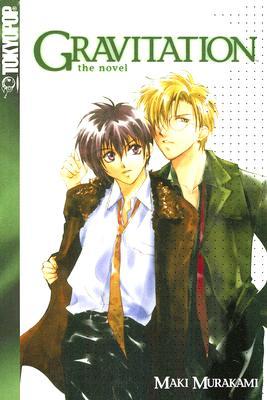 Energetic teenager Shuichi Shindo is the lead singer and songwriter for the smash-hit pop band, Bad Luck. He’s recently moved in with his older boyfriend, Eiri Yuki, the handsome, sophisticated, and uber-famous romance novelist. Nothing goes smoothly for Shuichi, however. Yuki is inexplicably cold and cruel toward him, more so than usual; due to a rash of publicity appearances on comedy sketch shows, he can’t get anyone to take his band seriously; and he’s suddenly entered, totally unprepared, into a nationally televised concert with Bad Luck’s rival band, Ask.

In this often touching, frequently hilarious story based on the popular manga and anime, Gravitation: The Novel details a young man’s quest for success in love and music.