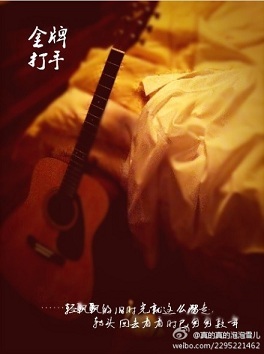 Yang Lei turned around. The moment he turned, with the sound of the wind, a brick smashed onto Yang Lei’s head. Yang Lei wasn’t even aware of when someone had gotten close from behind.

Fresh blood flowed down from his forehead, blurring his eyes. Through the spray of blood, Yang Lei saw a person. A tall and thin, clean man, expressionlessly smashing a second brick onto Yang Lei’s face.

They were gold class fighters, number one warriors of two crime bosses. They had experienced countless fierce battles, establishing their status in Jianghu. From rivals to friends, to brothers who would live together and die together.

What was a brother? Many years later, you say the word, my life, I give to you.

A man’s friendship, a man’s love.