Godhorn Tech and the 11 Destroyers 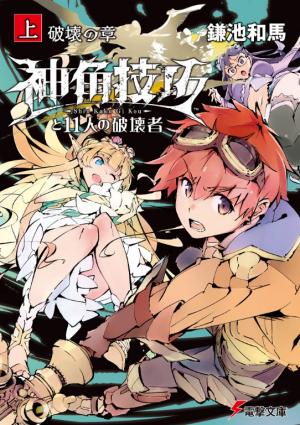 In a land of swords and magic, there was a creature—an evil god—with extraordinary power. People feared its existence, but at the same time were captivated by its power. They wanted that power. Their dangerous wish would eventually lead them to break the evil god’s horn and create “Shin Kaku Gi Kou,” huge magical weapons infused with the horn.

One of these weapons alone has enough strength to overpower an entire country and its army, and there are 10 of these across the vast continent. However, one day a severely injured Moebius, the strongest Shin Kaku Gi Kou user, entrusted his “power” to a young boy named Miyabi who happened to be present.

There is an 11th user out there that no one knows about. You must protect everyone before the out-of-control monster destroys the entire continent, he was told.