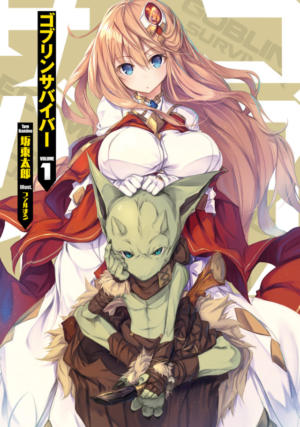 After a certain man open his eyes, he saw an unfamiliar scenery in front of him and his whole body was a strange green. No matter how you look at it, that appearance was the green monster, ‘goblin’.

“I can’t even remember my name but i am a human!!”

That guy who happened to extend his life after encountering the adventure (human), accepted the fact that he was a goblin and began living with the name of ‘Goblio’

He didn’t even have any cheating skill! He couldn’t understand human language! It was a goblin life in hard mode!

After arriving in a goblin village, he was lucky to have met a reliable partner (goblin & orc) and Goblio began getting used to living.

But, during the time when the goblin from the village wanted to assault a human girl, his former human justice and courage sprung out and he saved the girl! Due to this accident, he lost his place and even the important partner—!?

The chapter of the high tension fantasy of a guy who was reborn as a goblin and writhing in agony to become a human began now!