Gladiators of the Godly Mt.Kunlun:A Hidden History of Dragons 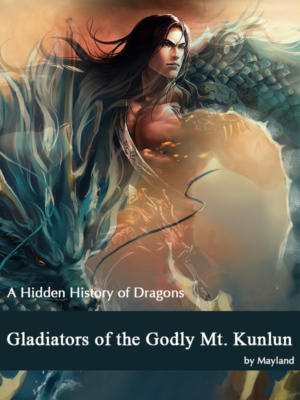 Back in the Shang Dynasty, people realized that the stars held clues to heaven’s secrets. When times changed and nothing remained the same, only the stars were predictable. Then people realized it was better not to pray to the stars, as no change meant no war and any little change meant the world would change. Yet the Han Dynasty wanted to tap into these secrets, and so they gathered experts and sent them into a mountain retreat called Kunlun so they could study the stars and predict the future. After a long time, the secret organization, the Kunlun Messengers, actually managed to predict major events and disasters years into the future. The Kunlun Messengers chose fourteen major stars. They had each expert control one star to represent the major crises and events within 1,000 years. The remaining experts also chose secondary stars according to their ability and predicted other changes and turning points. After much work, a map of stars was created and left behind for more divination, as these experts seemed to disappear among the peaks of Mt. Kunlun.