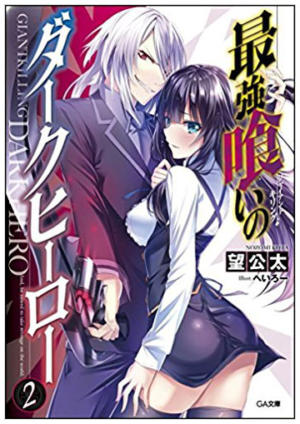 Swordow, the new gen superpower competition that the whole world is crazy about.

The weakest nameless fighter , Shiro Agisou managed to put down the strongest new student Riza in the first fight……….using unforgivable and unfair methods.

Fooling , deceiving , outwitting them and entrapping them in his clever schemes to then push them off.

Shiro, the cool headed gambler who uses any means available to win.

“By perhaps, are you calling me that!?”

Getting Riza under his control , using demonic schemes and scams. He is gonna beat without any mercy the strongest guys who only think about peace.

The weakest guy with the worst brains will stand at the top of supernatural battles !

The story of the vilain who laughs at the common sense , full of catharsis and exhilarating big moments , starts!