Getting Outsmarted By The CEO 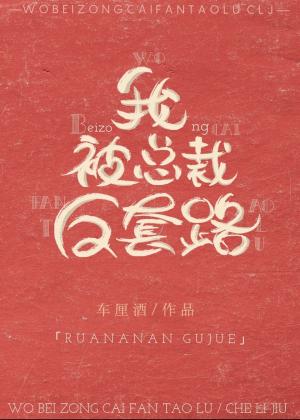 Ruan An An, who came from a family that had tens of billions worth in net value, returned to her alma mater to donate a building but fell in love with a college student there.

The boy wore a brilliant white shirt. His figure was slender and tall. With black hair, light-colored pupils, and a beautiful jawline, he looked incredibly handsome.

Ruan An An was dazzled by his charm when the two bumped into each other. The college student picked up the file Ruan An An had dropped on the ground and smiled: “Fellow student, watch your step.”

His voice sounded as clear as spring water and the person was as handsome as jade.

For the first time in her life, Ruan An An was in love.

She created an opportunity for herself by changing her identity.

As the story goes, a sweet girl with financial difficulty who constantly strived for self-improvement quickly fell in love with another poor yet handsome male college student. The two were in tune with each other in all aspects and got married in just half a year.

Although they were hard-pressed for money even after marriage, it did not affect their relationship.

On the night before their wedding anniversary, Ruan An An was dressed in one of her exquisite skirts at work, as usual, to attend a private meeting to meet the so-called behind-the-scenes major shareholder.

Ruan An An stared at the man with whom she shared the same pillow in a 100 square meter apartment every night. He was impeccably attired, looking very sharp and honorable.

…She almost broke her high heels.

“An An,” He said as a warm smile melted into his face like snow: “Let us move to Lin Jiang Mansion, I have built a garden for you.”

Damn you, the poor and handsome college student! It was all a set up!