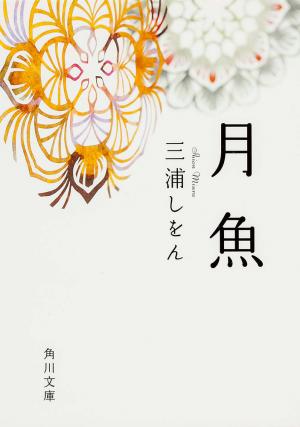 Mashiki is the young owner of the antiquarian bookstore “Mukyuudou,” and his friend, Senagaki, works in the same industry. The two have shared a secret sense of guilt ever since they were children. Senagaki’s father was an “antiquarian book dealer” and a hated figure in the old book world, but Mashiki’s grandfather saw his talent and took an interest in him, and so their two boys grew up together like brothers. One summer afternoon, however, an incident changes their relationship… Dense emotions wrapped in a transparent glass style. A story that reflects like the sparkle of a fish leaping in the moonlight.