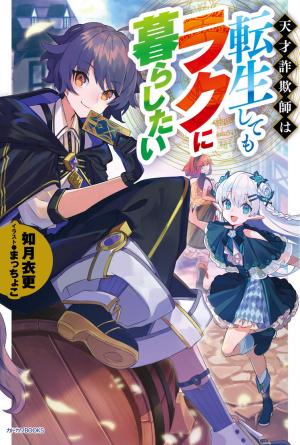 — There is a fine line between fraud and fortune telling.

The protagonist was known as a rare (phony) fortune teller.

After failing to predict a disaster that cost him a great deal of money, he was drowned in Tokyo Bay.

During his lifetime, he targeted the traumatized and conned them out of their money.

Most of the people involved had escaped from the path of destruction and lived happily ever after.

However, the protagonist, who still dismisses his deeds as “nothing more than a fraud” after his death, refuses to be pardoned for his achievements.

What he proposes is to draw a Tarot card and decide his subsequent treatment according to the picture.

As a result, he is given a second life as a boy in the other world, the Nortean Boy – Roji.

Eventually, he will meet genuine heroes and satisfy his personal desires through cheating and cheating…

A story about changing the world a little bit for the better.