Game of the Monarch 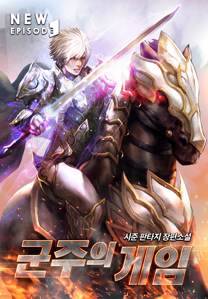 After awakening to the memories of his previous life as Park Moonsoo, Milton thought he could finally have an easy life as a noble. At least, that was what he used to think before he found out about the enormous debt his father had left him.

I died from working so hard to pay off the student loans in my previous life, but I’m burdened with more debt again?

[You have awakened to the Monarch’s Authority.]

Argh! I wanted to have an easy life, please leave me alone!