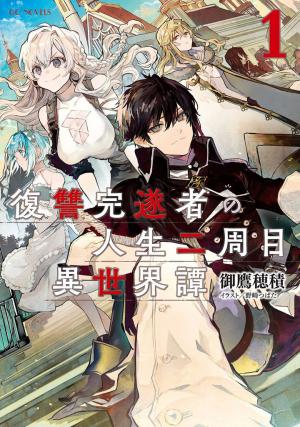 Kousuke Kurono was an Avenger. After his beloved little sister was r*ped, she was left out in the cold and froze to death.

From the time he was 13-years old, Kousuke made use of any possible means in order to exact his revenge. 5 years had passed, he achieved his revenge, but having lived solely for the sake of revenge, at the moment his revenge came to fruition, afterwards he couldn’t muster up the willpower to live on. That’s why, with the same knife he used to kill the culprit, he slit his own throat. However, he then heard a voice; “Is that not wasteful?”. When he came to, he found not his home, his country, nor his world——It was another world.