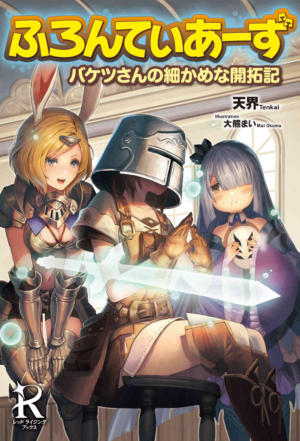 Embroidery or drawing magic circles is the best, isn’t it!

Fighting? Even if I fight, I won’t be able to hit a moving target, you know~」

Diving wholly into the digital world of sword and magic! Defeating monsters, cutting down trees, opening up your world!

A girl with a trademark bucket helm has arrived at such world’s first VRMMO.

Swordsmanship? I told you that I can’t hit! Rather, I will cut myself.

In this world where the economy has been stabilized due to NPC craftsmen’s fury, will the somewhat carefree Bucket-san be able to depend on and display her craftsman soul……?