Four Ways To Get A Wife 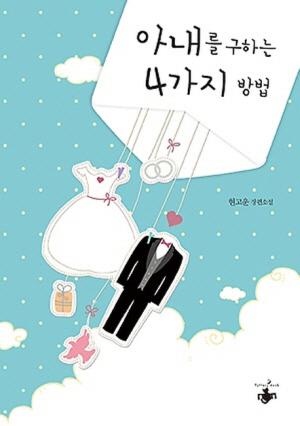 Age between 25-30 years old, physically healthy and neat appearance. IQ above 130. Have a permanent job.

Provided with contract money and a standard annual wage of a university graduate. Clothing and housekeeping are provided. After the contract is completed, special benefits such as studying abroad will be provided.

Not a lifetime contract. The maximum contract period is three years. The contract will be renewed every year. No physical contact or any complaints are allowed.

Please attach your CV, medical certificate, and IQ test certificate. Interviews will be conducted after passing the document selection.

The world seemed to have gone crazy when I saw the advertisement for a ‘contract wife’ in the newspaper that day. I thought it was too much. However, it was a disaster to say that the woman chosen by the main character of the ridiculous newspaper advertisement was my own 20-year-old sister, who has an age difference of more than 13 years with that man. What a freak!

After taking the trouble to keep my sister away and save her, the man said to her with a flat face. ‘No pheasants, only chicken.’

Chicken? Who’s a chicken? Now he’s offering me to be his contract wife!