Forced into the Deep 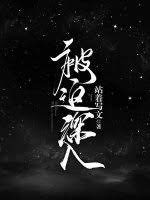 For more than 20 years, Xing Zhongwan has been an unwelcomed illegitimate child. He was suddenly called home to fulfill his mother’s dying wish by caring for a half-dead man from the Qi conglomerate. Qi Yun used to be the most prominent child and heir of the Qi Family until a car accident took away his legs, eyes, and fiancée, crippling the once great phoenix into becoming a mere insect. With the Qi family in a predicament, only one person came to mind, the “daughter” of the Xing family who had once been divorced by Qi Yun. With high hopes, the two families forced the two young people together to deepen their relationship.