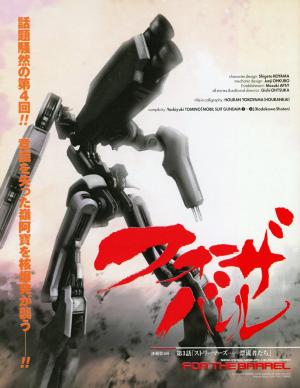 For the Barrel is a novel ‘reinterpretation’ of Yoshiyuki Tomino’s original 1979 TV series Mobile Suit Gundam. The novel represents an alternative vision of the One Year War, with Ling A-bao (aka Amuro Ray) piloting the machining skin “Gunboy Wilbur” against the Zeon forces. The series was put as part of the Gundam metaseries and took place in an alternate interpretation of the Universal Century timeline. However, it has no relation or resemblance to any previous Gundam works.

Originally serialized in magazine Newtype, it was created to celebrate the 15th anniversary of the magazine. It’s since been relegated into the “black history” section of the Gundam pantheon, and has never been reprinted outside of the original magazine run, which has only added to its enigmatic status.