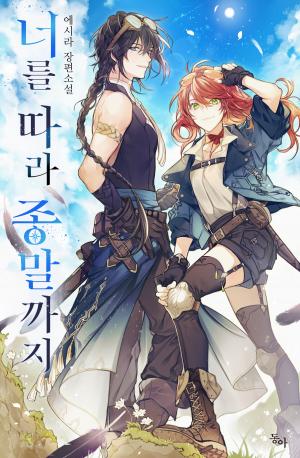 “The one who will bring an end to this world has appeared.”

The goddess’ prophecy came down. Black Wing Aris, the protagonist of the prophecy.

He, thus, became an object of fear to people. “What do you desire?”

And a woman who asks him for help, Mirea Janester.

After much contemplation, Aris decides to cooperate with Mirea. However, he had already become a pessimist who distrusted people.

“I cannot prove it to those who believe that I am destroying the world.”

Skeptical of Aris’ mental state, Mirea tries to let him know the beauty of the world.

“I will really destroy them without holding back.”

The emperor covets the enormous power of Penidran, the magic sword of Aris, and the group of people who set out on a journey to find the sword before the emperor.

However, the more people struggle for this mission, the more suspicion arises.

What is the purpose of the person behind the emperor?

Will such a world, dominated by the emperor, survive?

And in the great torrent of fate, what future will they face?