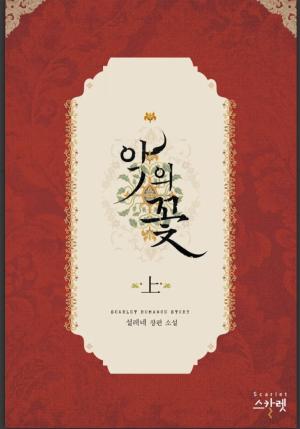 Hee-yoon, Emperor of the Qi Dynasty, had always been fair to all of his consorts.

The very moment he found a small flower on the lakeshore at night, a great rift began in the palace.

“And how about you? I can give up everything for you, Your Majesty. Ha—but you couldn’t give up anything at all.” Empress Lee Woo was raised as a woman of the Emperor since childhood, had gone and went through a lot for the man she loved.

“I will take a few of them; and would you bring them to His Majesty? Tell him that the flowers are so beautiful that I feel lonely to see them alone,” Said Song So-hwa, a young and innocent noblewoman who dominated the palace as the Emperor’s small flower.

“Isn’t because I’m not good enough? Why can’t I do it?” As beautiful and noble she is, the girl is a strong thorn Hyebi, Choi Ran, whose innermost thoughts are unknown..

And all the while, Hee-yoon’s half-brother Hee-won—who couldn’t hide the feelings he had for Empress Lee Woo—still loved the Emperor unconditionally despite his coldness.

“Don’t go. Even if you tell me to leave, I’ll still stay by your side.”

This is the story of the flowers that want to bloom in the Emperor’s garden.