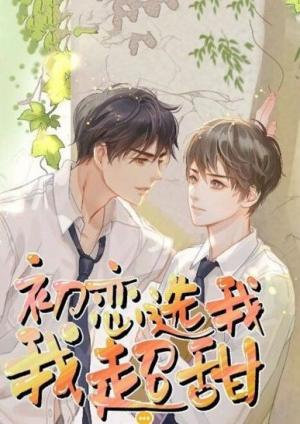 Ding Xuerun, a good student with both moral and academic excellence, had a wound on his face on the day he transferred to school. Lou Hui thought he was being pretentious and repeatedly provoked him, “Don’t pretend to push me, what homework will you do?” It was not until after the monthly exam that Lou Hui found out that he really was an excellent student, the first in his grade.

After playing basketball, he showed off and pressed his drenched jersey onto his clean deskmate, “Do you know what is meant by virtue, intelligence, physical fitness and aesthetic sense*? It’s no use getting good grades. Smell it. This is called the smell of a man. “

Then one day, the teaching building’s lighting tripped, and the whole class cheered in the dark. No one noticed that in the back row of the most corner, Lou Hui pressed his little deskmate against the wall and kissed him.

Lou Jing: Puppy love is so sweet and scheming.

The two-good students will be attacked by X sorrows when they disagree with each other.