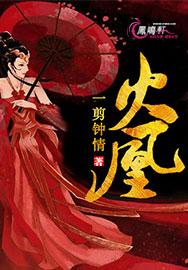 What would you think of someone riding around the countryside snatching bride and bridegrooms? Is he insane, bisexual? Gay? What if he were only five ?

Why then? Here we have the tale of Yun Canglan, who was born into an ancient past after perishing accidentally in the modern world. Her first thought was fear, her first sight was a sworn protector. Secretly a daughter of the high general, she was raised as the son, because of the mark of the fire phoenix.

It was foretold long before, the one who bore such a mark would unite and rule the world!

Wow! A heroine for the people! That though is a long way off! Before she can attain her legacy she will be betrayed by love, raise an army, face danger and fears and overcome the illusion of death to seek revenge, on the one who she trusted above all others! Can she be the one the prophesy spoke of? To find out, turn the page!