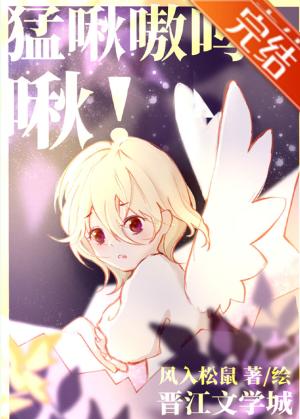 In the interstellar era, a family of ferocious beasts, who had not had a cub in 100,000 years, got a golden egg from the oracle. It is said that it will crack a ferocious beast that has not been seen in many years! Under the attention of the public, the eggshell cracked, and the next second a pair of small furry wings popped out, and the fat chirp on the eggshell and the family of villains stared at each other.

The big brother of the family hesitated: …a ferocious beast?

#I have never seen something so outrageous in my life # The whole family are brutal carnivores, but the youngest son is herbivorous! ？ In this regard, everyone on Star Network: poor cub, it is probably weak.

Until the photos of the transformation period were accidentally exposed, the whole universe was crazy after seeing the young man who was held by a big family, holding a small dragon, and looking back shyly with lavender eyes!

Boiling interstellar citizen: Woohoo, help! What ferocious beast? I hurried over to recognize my father-in-law! ! Regarding this, Qiu Qiu’s Dad V: Scram! Don’t be beaten by Lao Tzu, don’t even think about it! ！ Immediately hurrying back to Emperor Star to clean you up!

While the whole internet was full of grief, there was a rare low laugh from the palace and the black dragon’s tail wrapped around the sleeping boy’s waist.