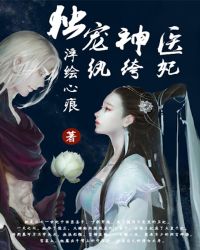 She was a miracle-working doctor in the 21st century. One day, she transmigrated to the ancient times and became the imperial consort of Prince De. However, within a day, she divorced her husband and married the crippled Eldest Prince.

It was said that Mu Xiyue not only had no practical ability, but also was shrewish. Nowadays, she married another man after divorce, which courted countless gossips and rumors.

In the imperial banquet, she proved her purity and virginity.

Behind the fake mountain in the imperial garden, she looked at the furious man in front of her, “So? Did the face-slapping hurt,prince De”

In the deep night, she climbed over the high wall with much load on her shoulder, but fell into SOMEONE’s arms.

This SOMEONE grinned, “Darling, where are you going?”

Mu Xiyue shivered, akimbo, “I’m leaving you. You such a liar!!!”

It was heard that Eldest Prince had his legs hurt and couldn’t discharge his responsibility of reproducing. Unexpectedly, after she cured him, he almost eat her up.

Who told her that he couldn’t have sex? It turned out he was totally a magnificent beast on bed.