Fatty Fugly, but Ellie Golden Is a Gorgeous Lady All the Same! 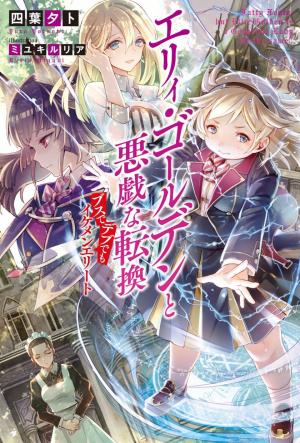 The self-proclaimed ikemen elite Kobashigawa set out to Roppongi on a beautiful Friday and drank until he became drunk. He got a woman he hit on and triumphantly called a taxi to ride, but he ran wildly and was met with a traffic accident. When he woke up, he had slept in a British styled hospital room that he had never seen before. Then, he screamed when looked at the mirror. What was reflected in the mirror was not the beautiful muscle that was forged at the gym, but a girl named Ellie who was extremely ugly, fat and face full of acne. While Kobashigawa suffered from being fat and ugly, he learned about the tough circumstances of Ellie who had lost something important and decided to freely used his experiences–dieting, fashion, business activities, adventure–to live as he desired.

A perfectionist ikemen who reincarnated as a fat ugly girl makes a great effort to become a beautiful person, open up a huge margin in terms of school grades, and rise up in the world with the business powers that he exhibited. A Cinderella success story.