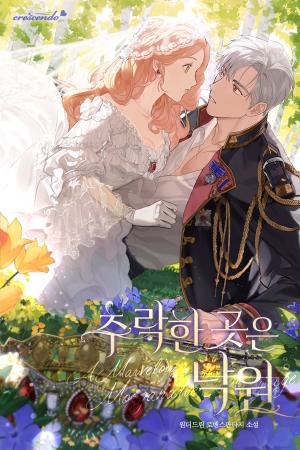 “I am the Princess of Gloucester, and you will treat me as such!”

Aiden Fitzroy was the illegitimate son of the former Emperor who still lived with the scars of war, and Angie Gloucester was the woman who was married to him unwillingly.

Farmlands surrounded by nature, and a simple, rural village. There were many things here that Angie didn’t like, but the worst of them was Aiden, who treated her like a nuisance.

“Just you wait and see! I’ll trick you and escape this farm somehow!”

But with time, at some point, both her attitude and her mind about this place began to change, little by little.

“So what you’re saying is that you didn’t think I was pretty before, but you do now?”

With an embarrassed voice, Aiden mumbled like he had a thorn in his throat, but eventually, he managed to finish his sentence; though he had to squeeze his words out.

“Even before, I thought you were beautiful.”

Everyone thought this marriage marked the downfall of Princess Gloucester, but was that really true? Was she really falling?