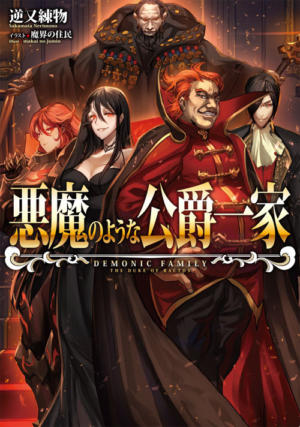 There was a kingdom in which [magic] and [monsters] existed. The Azolias Kingdom.

However, the administrator of the kingdom and his family were often gossiped about.

“The one who controls the kingdom behind the curtains,”

“She acquired her beauty by making a contract with a demon,”

“He is making a crime syndicate,”

“Swinging a demon sword that will even cut the soul,” etc.

The citizens were ignorant and often uninvolved in politics. Therefore, such rumours scared them.

However, the rumours were not true at all. Even though their appearance was a bit suspicious, the Ractos Household was a heartwarming household.