Every Day, the Marshal is a Love-Struck Fool for Me 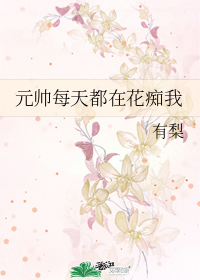 Three years ago, Marshal Heinz Lyons was almost killed during the Century War between the Gars. Unbeknownst to him, he was saved by a young man named Chen Bai.

Completely opposite of the straight-laced Marshal, Chen Bai is from a group of underground assassins. During his mission, once he found out that Heinz had an accident, he used this opportunity to escape from his handlers and save the Marshal at the same time. But, with his high-level ability, Chen Bai erased Heinz’s memory and ran away to create a life for himself.

Three years later, Chen Bai would never guess that one of his subordinates caused an error that turned him into Marshal Heinz’s arranged marriage partner. Returning after three years, the young man dons a fake face and enters the world where Heinz lives as his fiance. Heinz wants to please his little fiance and turns to a book claiming to guarantee a one hundred percent success rate in wooing someone. This causes this big, loved Marshal to become a love-struck fool, always wanting to please his little fiance.