Even So, We Are Living in the Present 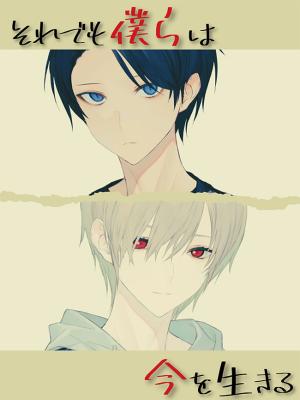 Ichinose Kyosuke is in his second year of high school. He is taciturn and proficient in both literary and military arts. Although he may seem to be a perfect person at first glance, he is dealing with a circumstance that nobody else can grasp. That is a matter that he doesn’t want anyone to interfere with. Therefore, he is averse to forming deep bonds with others.

With the exception of his childhood friend, Yuu​───

On that day, there were dark clouds hanging in the sky. The sky was gray and it seemed as if it would be raining. Kyosuke hastily made his way home.

At night, he received a call from a friend.

The call was promptly disconnected, possibly due to radio interference.

──What exactly has happened to Yuu?

Feeling a vague sense of uneasiness, Kyosuke stormed out of the house ────

Within the world, there exist various kinds of people, who have accumulated a wide range of experiences and are advancing towards their future, each choosing their own path.

However, even though we seem to have the freedom to choose, there are times when we are compelled to make choices in the present. Even if one is heading for a bright future, the eventual outcome is never assured. Sometimes the future, which was previously bright, is abruptly struck by darkness.

Nevertheless, we are neither living in the past nor the future, but in the undisputed “present”. Whether one halts or looks back, one must eventually face forward and move on.

This is the story of Kyosuke, the protagonist, and other high school students who live in the invisible time known as the present.