Even I Have Become a Beautiful Girl, but I Was Just Playing as a Net-game Addition 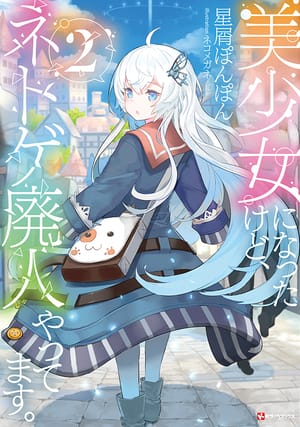 The story follows the High-schooler Futsu Jintarou, whose confession was rejected by his crush.

His misfortune continues, As news of a gender-change disease turns Jintarou into a beautiful silver haired girl. The shock of it causes him (her) to try to escape from reality by playing the VRMMO, Clan/Clan…

Game characters use the same appearance as in reality. Jintarou has the Alchemy skill, which most players call a tr*sh skill.

He meets lots of fellow adventurers and becomes stronger within the game world. Clan/Clan’s slogan was, ‘When one becomes an adventurer, they can fight, steal, control, explore, invent, create, and do anything they like’.

He meets a wide variety of adventurers that help him(her) grow, Taru hides what happened to his(her) appearance as a bug to his friends who also play the game, and hides the fact that he(she) had become a girl in real life.

When summer vacation is over, he(she) will have to show their face at school.

This about one of the best National-class adventurers, The story of the Alchemist who won a war without even taking a single step.

When a normal high school student suddenly turns into a beautiful girl, what would they do?