Empire BOSS and His Sweet Wife 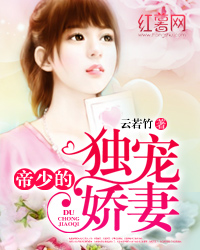 She was drugged by her cousin sister, who mistook the bed of empire junior, and was crushed. After that, he married her, who incarnated a ferocious beast, and plundered her. He is a great personage in the West-harbour city. He holds great power, who is endowed with extraordinary talent, acting with great determination, and turns his hands over in the business world. Cheng Nuo thought that such an emotionless marriage, as long as they get along well with each other, but when He Zikai’s little nephew stood in front of her, Cheng Nuo panicked, and she actually married her first love’s uncle. Cheng Nuo thought that as long as she was gentle and clever, the man would spoil herself for a lifetime. However, when her husband appeared in public with other women in his arms, her comfortable life was broken and she fled with a broken heart. Five years later, when they met again, He Zikai recognized her at a glance and pressed her straight into the corner. “Woman, in this life, don’t want to escape from the palm of my hand.”