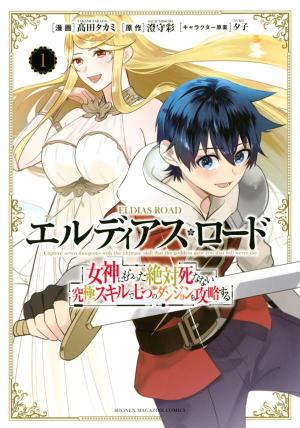 A mysterious island where there were 7 dungeon, when someone conquered all of them the goddess would granted their one and only wish whatever it was.

On the island, where a number of adventurers compete, there was, for some reason, a Level 1 boy with luggage.

He had a serious and hard-working personality that the goddess gave him an ultimate skill.

It was only now that he was glad with his luggage.

Because of his effort by utilizing the skill given by the Goddess, he finally break through the level 2 barrier running on his way to the strongest.