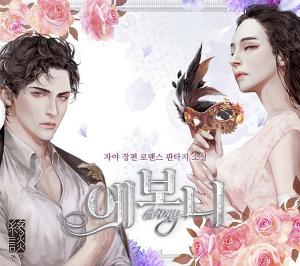 Ebony Voniak. She was sentenced to death for the terrible crime of murdering her father and fiancé. Be polite and keep your mouth shut as if you are a dead man. She waited for the day of her death, but was instead told she had a guardian..and was instead released and sent to the Archduke’s castle. She thought she’d be assigned chores or be locked up in an underground prison. Or murdered without a trace..?..but…

“Are you a slave, Ebony Voniak?”

“Why do you not claim ownership of yourself?”

The Archduke Dante Bord Schneider continued to bother her. How suspicious…but…her life that was once only filled with darkness began to shine.

Will she be able to safely adapt to this new life?