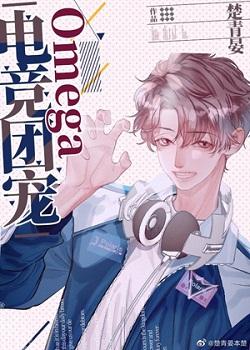 The holographic gaming league is a showcase for Alpha players, and Polaris, a team that had faded out actually recruited a wizard whose other identity is an omega in order to return to the professional gaming world.

The little wizard was very beautiful but standing in a group of tall alpha players, his head couldn’t even be seen and from time to time he would have to tug on the corner of captain Lin Mingfei’s shirt.

The entire league felt that they could ridicule the former King of Magic, Lin Ming Fei who had fallen from the high god like altar.

Later, they were tied up together in the arena by Xia Tong with a forbidden spell, and the little wizard knocked them over one by one with his staff, and said fiercely: “Apologize to our captain! If you don’t apologize, you will all be sent home! If you apologize… I will sing for you!”

The crowd of captives suddenly felt up: “Shit, he’s so cute!”

— As the only Omega in the holographic gaming industry, Xia Tong is not only the mascot of the P-team, but also the object that all teams are trying to poach and for who fanboys and fangirls scream about everywhere.

The day after winning the league tournament, an alpha in a suit knocked on the door of P team’s club.

“Xia Tong is my lost custom mate, please have your club return him immediately and let him go back with me to have a baby.”

Lin Ming Fei’s bare, lean upper body blocked the door with a cigarette in his mouth, his powerful pheromones like a mountain of water: “Do you have the guts to say that again?”