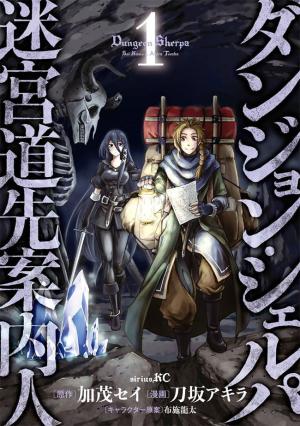 A guide to the labyrinth (Dungeon Sherpa).

They are the helpers of adventurers who aim to explore and conquer labyrinths – a term for those in the occupation of guiding the way and shouldering luggage.

Rowe, who is active as a Sherpa in the Tyros Labyrinth, is highly regarded as a skillful Sherpa despite his youth. Half a year ago, he lost his father, and began a life with just his young sister.

However, the heroes of the “Twilight’s Sword”, whose renown is rapidly spreading through the royal capital have set their sights on conquering the Tyros Labyrinth, and even before Rowe can say anything, he will be dragged into their quest.