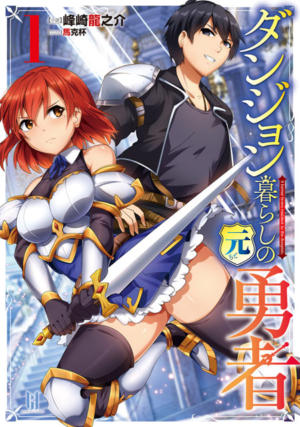 Blum Dilmond killed the demon king and became a hero, and for some reason he was pursued by the Kingdom and tried to escape.

While spending days trying to avoid the assassins aiming at his neck , he suddenly came up with an idea.

The dungeon which is the home of the Demon king. If it’s there, then he could be safe.

Blum didn’t hesitate and went into the dungeon, but he met an unexpected person. In the deepest part of the dungeon, there was the appearance of a mage who helped him fight the demon. Moreover, the subordinate of the Demon King that served as a maid is also there. The name of that maid is Irene.

Since their interest match, they agreed to both cooperate with each other,.The demon king is dead and they will personally rebuild the worn out dungeon, they began to work earnestly in order to make a safe haven──.