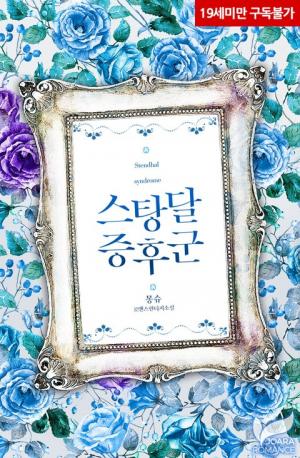 Stendhal Syndrome: A condition in which a person who sees a great work of art feels intensely excited or dizzy due to shock and emotion.

He attends an academy exhibition for a sponsorship event and experiences the so-called ‘Stendhal’s syndrome’, which causes sexual urges.

Cedric, who is helpless by a beautiful painting, adopts ‘Rosalia’, the owner of the painting, as his ward .

“I don’t know why Duke supports me.”

Roselia did not stare at him even as she spoke to him. Only Cedric’s one-sided gaze continued.

She said briefly, opening and closing her lips repeatedly for a long time to see if there was something more she wanted to say.

Cedric drank fragrant tea and waited patiently for her words.

“What do you want from me?”

What do you want? The question was a bit vague.

For a moment, Cedric felt that the subject of the question had been reversed.

Either way, she’s in a position to be sponsored by Cedric.

“I just liked your work, and it was you who drew it that caught my eye.”

Despite his explanation, her crimson eyes were still full of suspicion.

Dealing with a child who is six years younger than him , even a woman, was more difficult than he thought.