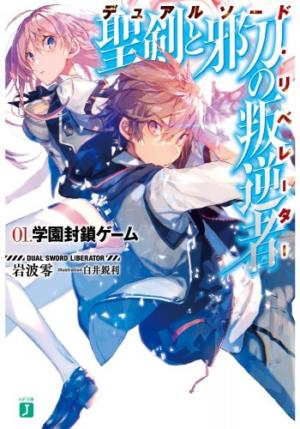 “Hey, Ryu. Want sneak into the school’s swimming pool with me tonight?” On a certain day, after school, first-year student Yagumo Ryu received this kind of invitation from Nanami Yuki.

In a mysterious academy town where people with abilities gather, the student council president who is known as the strongest in history is currently sealing off the academy, all the students are under house arrest. Only by defeating five dominators in a “duel” will they be able to regain their freedom.

Those who choose to rebel are known as heroes, but Ryu who can only “create a doppelganger within three-meter radius” is completely unsuitable to engage in battle, so he is one of the numerous “Observers” remaining.

However, on one particular day, since Ryu obtained a sword by chance late at night in the campus, the power level of the academy has been completely toppled, Ryu stood up as a “Brave”! Using a sacred sword and demonic sword to open his path, let the academy battle begins!