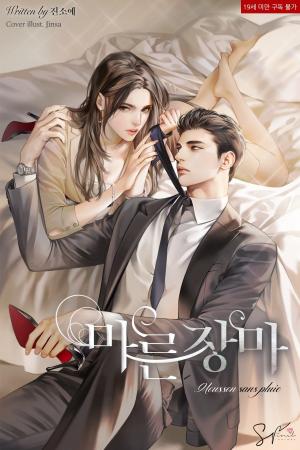 “Do you know what people call you?”

Wearing a black suit like armor, he was like a giant castle surrounded by a fortress of iron. She took a step closer to such a man, wrapped a hand around his glossy tie, and yanked it without hesitation. His lips curled and he lowered his eyes, his dark gaze overwhelming his opponent.

“If that’s so, throw it away when you want to. I’ll gladly be the gum you chew and spit out.”

He grabbed her small chin and pushed his hot tongue into her open lips. Hidden beneath a civilized expression that seemed austere, there was a raging desire. Stimulating him was a mistake.

“This is the first time I’ve felt aroused from being called tr*sh.”