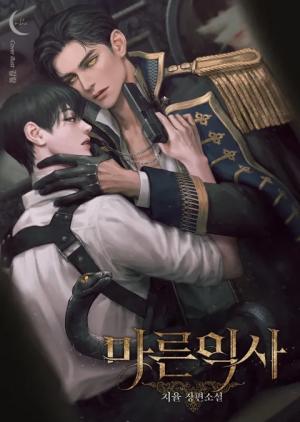 Ian, who was a hitman, finishes his last mission and drives the knife across his neck.

[I’ve never seen the place where I woke up after I stopped breathing.]

One could occasionally hear crying at dawn.

As soon as he realized that he was in someone else’s body named ‘Ian’, the high gates were opened, and he met the owner of the mansion, who had blue blood on him; the color of the serpent.

“I’ve been worried a lot since you got back covered in blood.

His hair disheveled and as dark as the night. Tall, dark skinned with slender eyes, the aura around him felt slightly dominant.

[Ah, he’s the man I had already killed.]

Ian realizes the moment he looks at his face,

He can’t think of his name or the reason why I killed him.

The man had a suspicious attitude….