Dressed as the Cannon Fodder Ex-Wife of the Regent 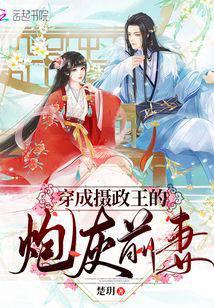 Wen Qi Qi was just a stand-in actress who wanted to make a name for herself in the acting world. But when she opened her eyes, she became the cannon fodder ex-wife of the Regent in the book.

In order to change the ending of the tragic death, she decided to capture the regent.

The regent, who was ascetic and reserved and not close to women, looked at the women who had come up to him. He was expressionless and his voice was cold: “Stay away from this king!”

The noble ladies snickered, how could His Highness the Regent be interested in such a cheap woman as Wen Qi Qi?

Everyone was waiting to see her being abandoned.

Later at the palace banquet, looking at the woman who was a hundred thousand miles away from him, the Regent was still expressionless, but his voice was coaxing: “Qi Qi, come closer to this king.”

A group of civil and military officials: where is the so-called pure heart and soul and not close to women?

The women were looking forward to the day when Wen Qi Qi was abandoned, but instead, they watched her being spoiled by the regent all the way to the sky.