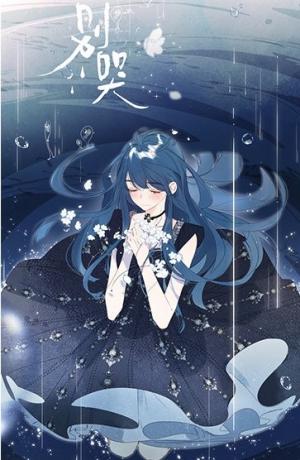 The Tang family has two daughters.

Outsiders have only heard that the eldest daughter, Tang Luoqian, was beautiful and would be engaged to Luo Zhan, the young master of the Luo family, in the future and everyone envied her.

Few people knew that the Tang family has a youngest daughter who was blind, named Tang Ran.

On the day the robot arrived, the whole family was in the front hall with her sister Tang Luoqian preparing to welcome Luo Zhan, who was arriving for the first time. Tang Ran was alone in the side house, fumbling to see her robot.

Standing in the chaotic darkness, Luo Zhan spoke after a long time.

With a good family background, a calamity-bringing face, and a top mind, Luo Zhan was the dream lover of countless girls in the AI field, but no one could stand next to him.

There was only one reason: Luo Zhan liked beautiful eyes.

Later on, Luo Zhan made a bet with his older brother to imitate a robot for the little blind girl from the Tang family.

—He never thought that he would fall for the little blind girl.

And then it spread that Luo Zhan had been beaten with the family rod by the old man of the Luo family in order to reject his engagement to Tang Luoqian, without uttering a single word.

Everyone was guessing who it was for.

A week later, for the first time, the Tang family threw a birthday banquet for Tang Ran, whose eyes had recovered. After the banquet, the little girl drank too much and hugged the stone pillar in the banquet hall, whispering that she wanted to see Luo Zhan.

The bystanders mocked when they heard, “The young master of the Luo family doesn’t even consider Tang Luoqian, and she’s just a half-blind girl who thinks she can see him just because she wants to?”

Before finishing his sentence, Luo Zhan ran in from outside in a wretched state.

The young master of the Luo family, who was usually in high spirits, panicked and fell to his knees, at a loss to kiss the girl’s trembling eyes…

“Will you marry me, Ranran?”